I have so much to say about Black History Month, I honestly don’t know where to begin. Some of the following are my own thoughts, but some are also images/memes from other sources that sum up what’s in my heart more than I can ever say.

This February, I encourage everyone to learn as much as they can about the amazing, untold stories of Black Americans who have changed history. These stories are filled with struggle and suffering, but also priceless advice from the people who have been there. Black history did not begin with slavery and does not end with the Civil Rights Movement.

This discovery during the next 30 days SHOULD NOT end as soon as the calendar flips to March. Please continue to expand your knowledge, and your children’s knowledge, for the year and beyond.

We were Kings and Queens for centuries. Entrepreneurs. Mothers. Fathers. Warriors. Didn’t start with slavery. Won’t end with slavery. #BlackHistoryMonth 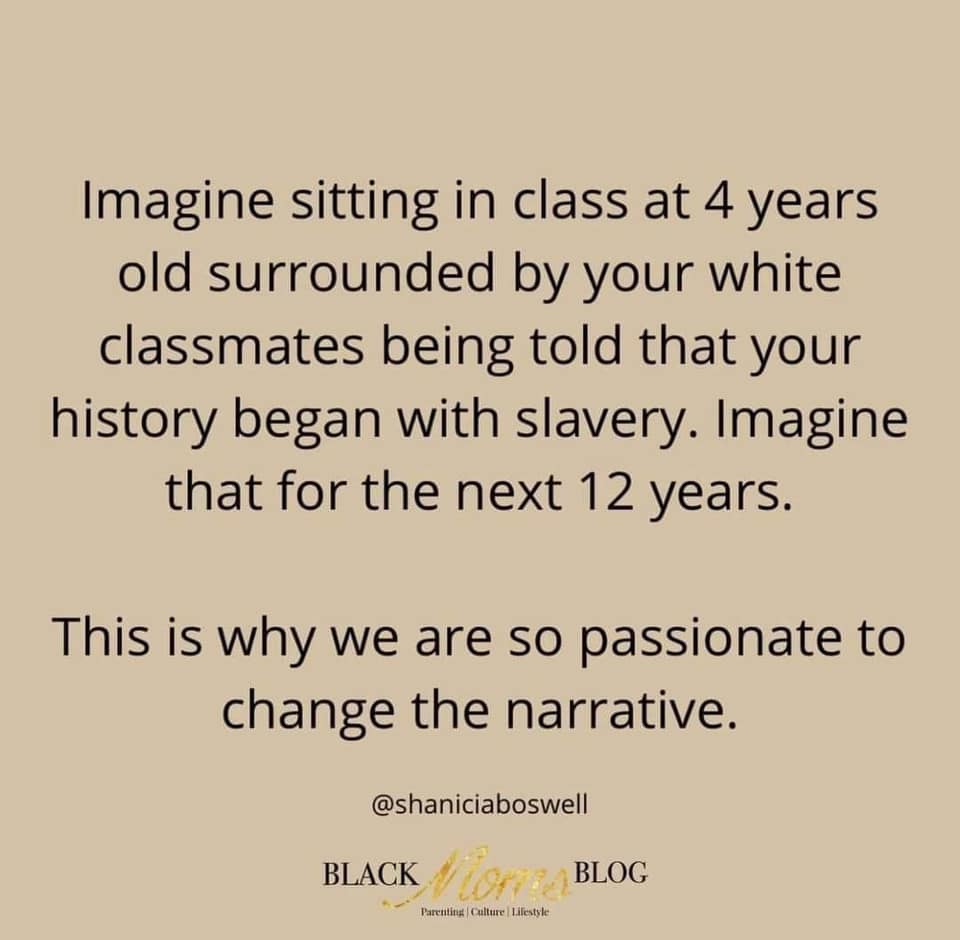 Found on Facebook. This is life. This is everything.

SheRoes and Queens Among Us

“Abrams gained national attention when she ran for governor of Georgia in 2018, ultimately losing to Republican Brian Kemp by a margin of less than two percentage points. Exposing voter suppression in her state was a cornerstone of her campaign. After losing the gubernatorial race, Abrams launched Fair Fight Action, a voter education campaign that took the fight against voter suppression across the country.”

Imagine at 6 yrs old having to be escorted into your school by Federal Marshalls as a part of integration. That’s just what Ruby Bridges did in 1960. It’s why she’s our #HistoricalHiddenFigures feature today. Thanks for changing the game in education #BlackHistoryMonth @WeAreABIS pic.twitter.com/UPHwLwMgUe 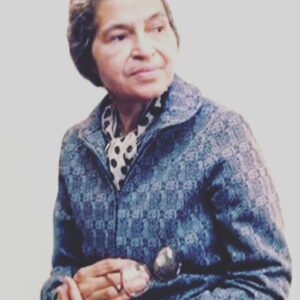 “The only tired I was, was tired of giving in.” ~RP
Amanda Gorman

“I’m learning that I am not lightning that strikes once. I am the hurricane that comes every single year, and you can expect to see me again soon”

A must read for so many reasons.

Posted by Make A Way Media on Wednesday, February 3, 2021

Social justice can take on many forms. 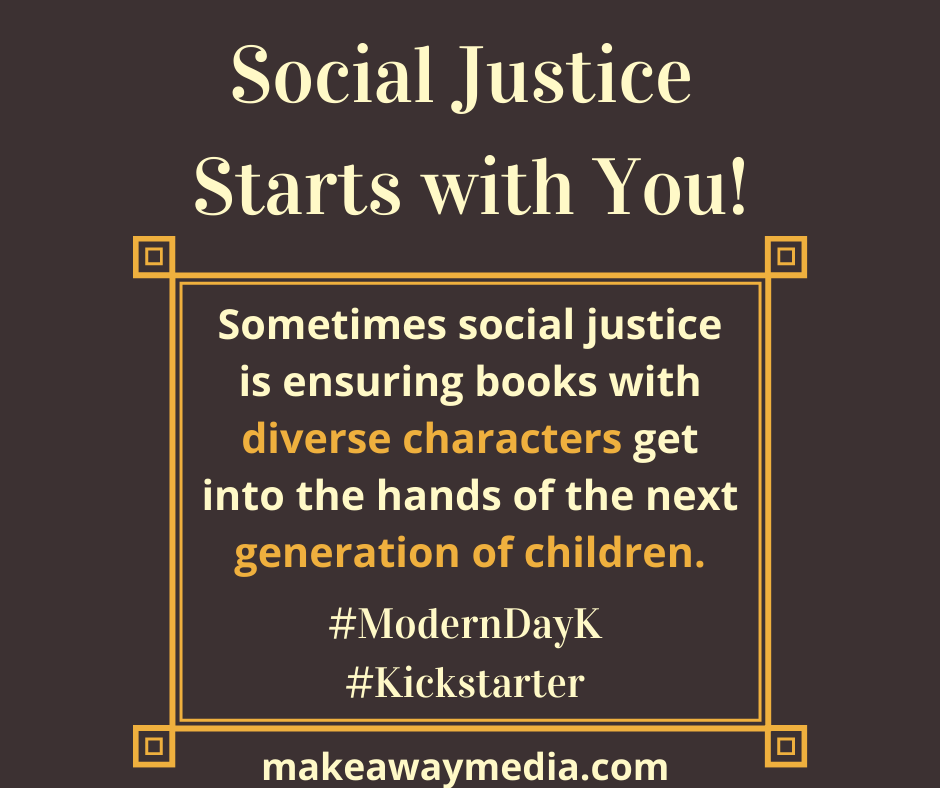 Not everyone is comfortable with calling their Senators, posting on social media, or calling out racism when they see it. Getting diverse books into the hands of children is an important and necessary way to make a difference. Series like Kayla: A Modern-Day Princess prove that Black and Brown characters can be the stars in stories about hope and dreams.
Learn more about the Kayla Kickstarter and make a pledge HERE.
There are SO many ways you can support this Kickstarter campaign. No matter the pledge amount, YOU are making an impact on young readers everywhere. 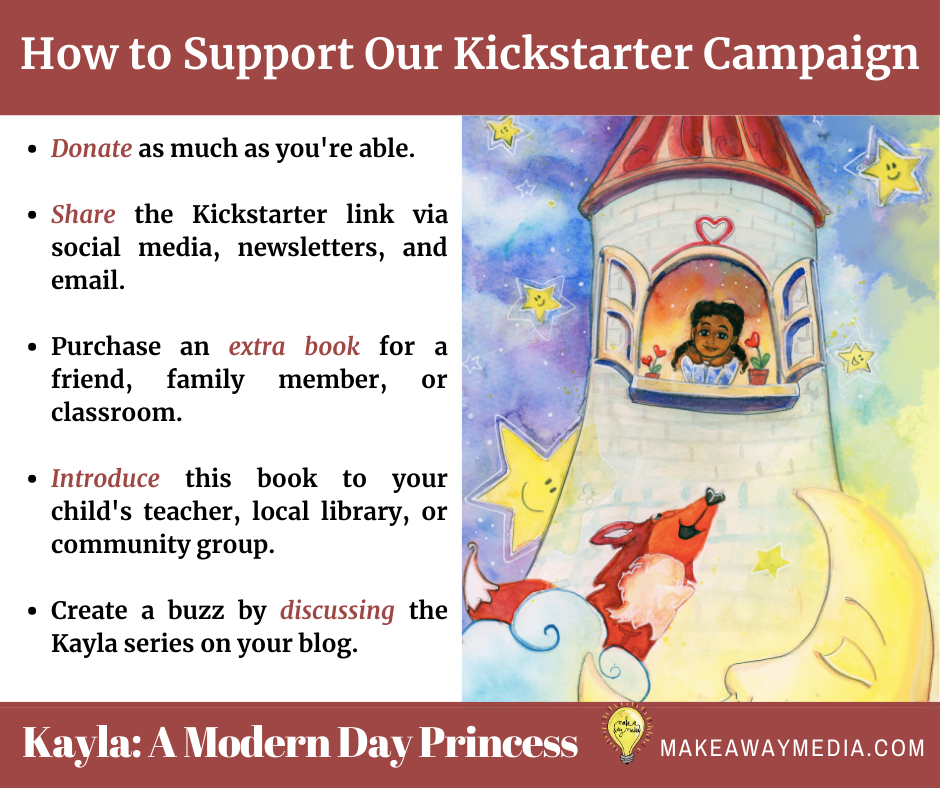