Martin Luther King, Jr. said, “We have learned to fly the air like birds and swim the sea like fish, but we have not learned the simple art of living together as brothers.” 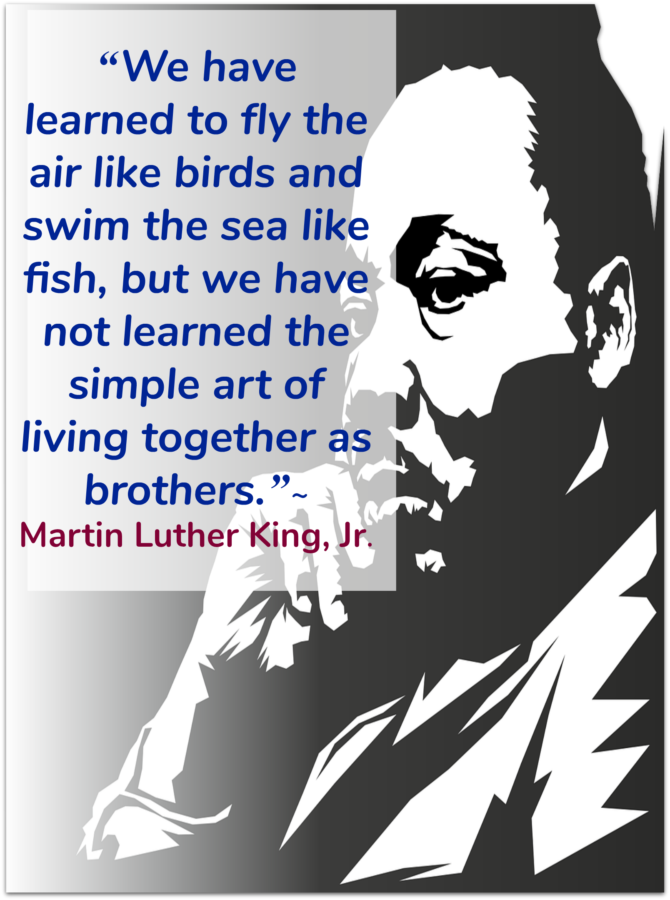 This month, on January 18th, Martin Luther King Jr. Day is celebrated, and this day of service marks the 26th anniversary of the day dedicated to the Civil Rights leader’s life and legacy.

Each year on the third Monday of January, America honors the birth, life, and dream of Dr. Martin Luther King, Jr.

As you may already know, Dr. King is known for many noble things, especially his contributions to the American civil rights movement in the 1960s. His most famous work is his “I Have a Dream” (1963) speech, in which he spoke of his dream of a United States that is void of segregation and racism.

Bravely and fiercely, this social activist and Baptist minister fueled a movement for change and equality. The movement he inspired was instrumental in Congress’ enactment of the Civil Rights Act in 1964, the same year King himself was honored with the Nobel Peace Prize. Posthumously awarded the Presidential Medal of Freedom, King is an icon of the civil rights movement. His life and work symbolize the quest for equality and nondiscrimination that lies at the heart of all Americans.

Martin Luther King Jr’s words, wisdom, love, profound hope, pride, and excitement are what inspired my book, This is the Earth. 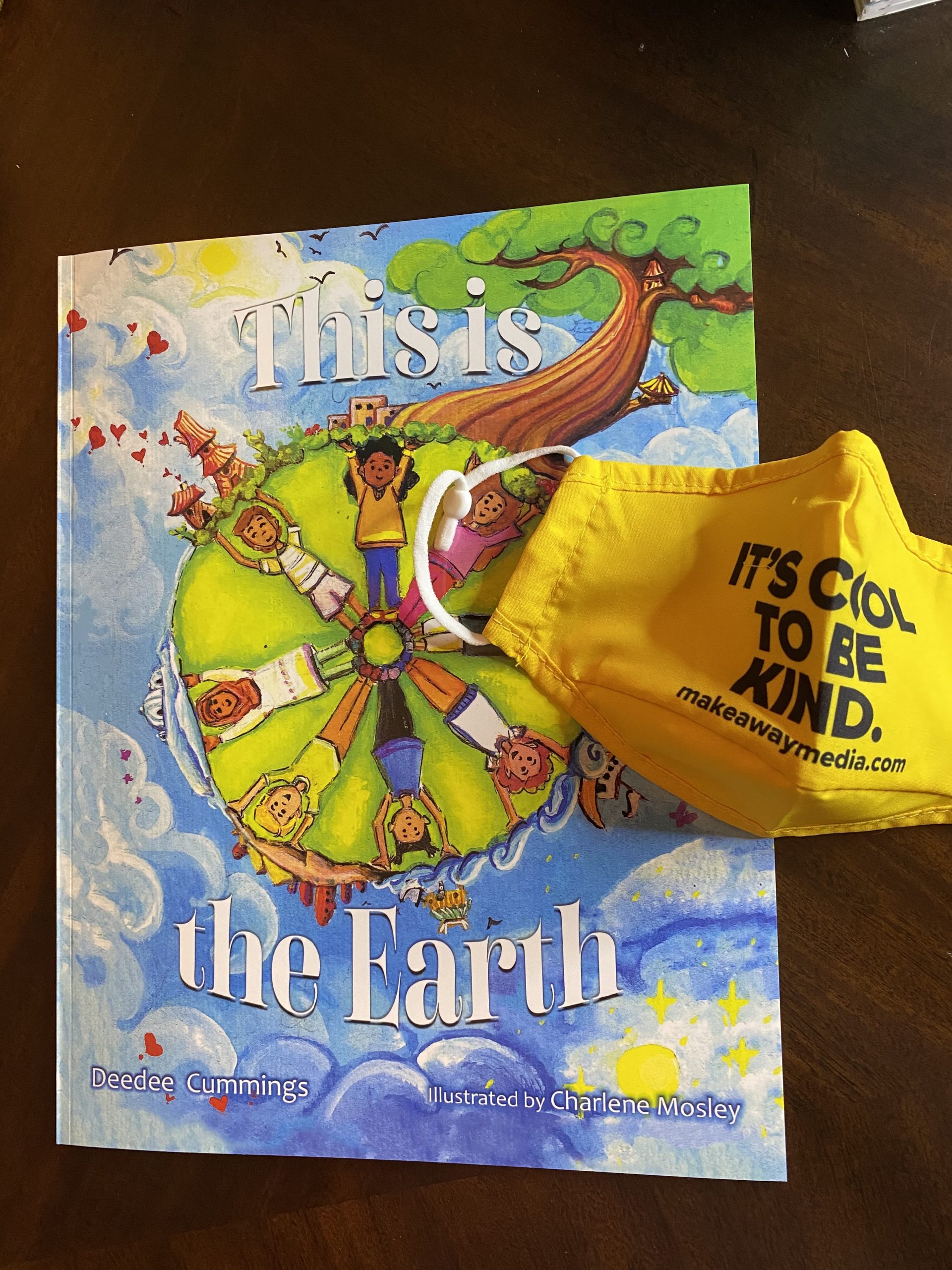 I think it’s because this book is very timely and needed.

I think it’s because this book’s message is universal.

I think my illustrator Charlene Mosley brought vibrancy to this diverse picture book for kids that continues to take my breath away.

My hope for This Is The Earth is that it will spark conversations in schools and daycares, dinner tables and bedtimes, and everywhere in between about why it has been so hard for us to just be on the same planet together. I hope children read the story, look at the pictures, and are able to feel peace in their bodies. And recognize that this is how they want to live. That it feels better to be at peace and learn about each other rather than to believe anyone who is different from me can’t possibly be like me, have my same interests, or have my best interest at heart.

The World Keeps on Spinning

When I felt momentarily troubled and scared as a child,  my mom always knew what to say to calm my fears. When acknowledging that bad things happened or that there were people in our lives who were convinced the world was coming to an end, she would always say,  “But, the world keeps right on spinning.”

Even now, as I write this as an adult, I feel better about my own fear. Because of her wisdom that still stays will me.

Because I believe in you, and me, and the difference we can make. Because I have passed these soothing words on to my own kids.

Because I can still hear her voice so clear, “Deedee-Bug, the world keeps right on spinning.”

And it will, because you and me.

We are the change-makers. The smile-bringers.

The future is bright and it’s ours.

GO HERE to preorder your copy of Kayla: A Modern Day Princess (Spring of 2021) OR, support our unique and innovative Kickstarter 5-Book Rapid Release Project! 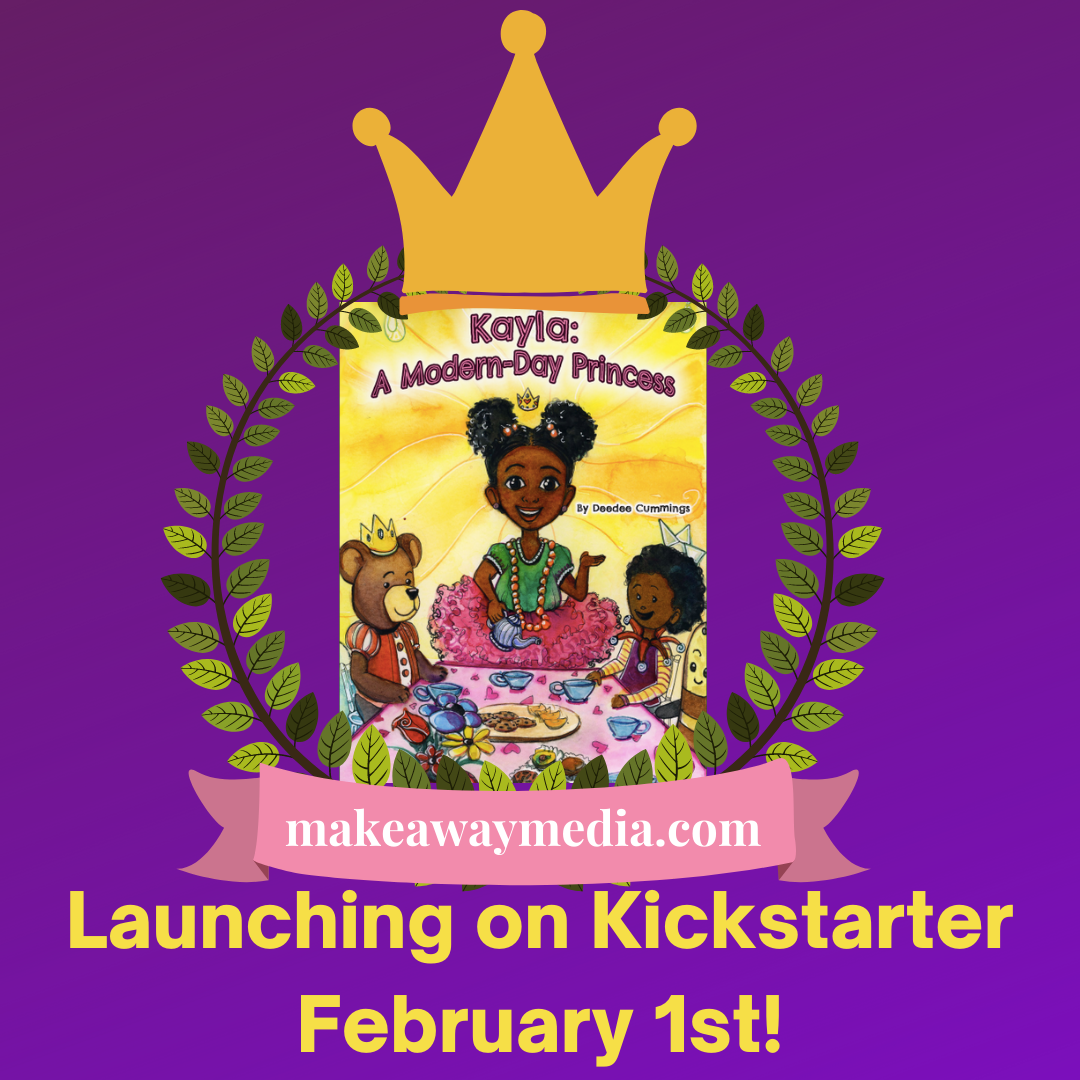 This #OwnVoices project is a five-part series set for Rapid Release in the spring and summer of 2021. Following the picture series will be a middle-grade series and a script to continue to tell the story of this dynamic and necessary character.

Because this project is innovative and unique!

This Kickstarter Project will be supporting author Deedee Cummings’ mission of Rapid Releasing a picture book series and sharing Black Girl Magic with the world! These five beautifully-illustrated books will be released back-to-back so readers can watch Kayla grow up and, through her eyes, see the power of following your dreams.

Kickstarter is wonderful because it gives creators the chance to offer fun rewards, and it fosters a spirit of community giving. There are many amazing themes and topics within the Kayla series, including following your dreams, the bond between mothers and their daughter(s), the importance of representation, and pursuing a career in the performing arts.

We have a lot of rewards to share with those who support this dream, and Kickstarter is the perfect way to make this vision come to life. 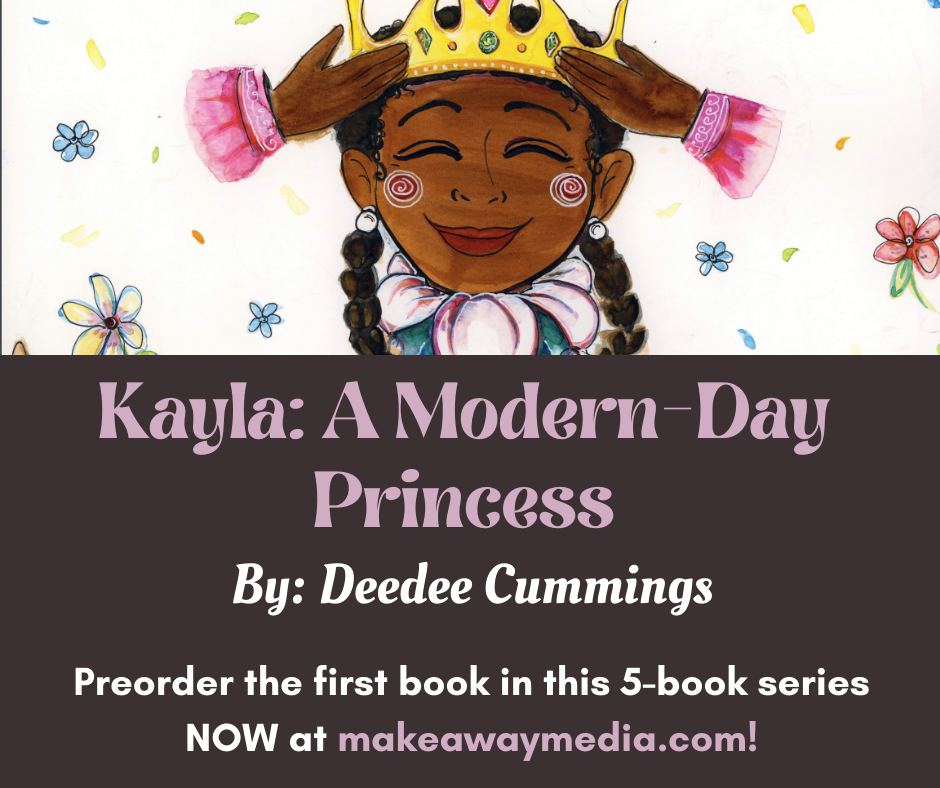 What is Rapid Releasing?

Rapid Releasing is the act of releasing 3+ books within a month of each other for maximum buzz, marketing, and visibility. Every time a new book is released, it will stay on Amazon’s Hot New Release list for 30 days. By releasing a Kayla book every 30 days, there will always be one of our beautiful series on the Hot New Release list. It’s an epic way to build buzz and build momentum for the next book in the series!

Rapid Releasing is an expensive and ambitious project, but it is one that the Make A Way Team is committed to implementing and successfully completing. Releasing Kayla: A Modern Day Princess books 2-5 in rapid succession allows readers, parents, caregivers, educators, and librarians to seamlessly share the story of a little Brown girl who grows, evolves, and inspires as the story continues.

Watch social media and this blog to participate, donate, and enjoy some of the wonderful rewards and incentives this project has in store for everyone! And follow these hashtags on Instagram: #moderndayk #moderndayprincess #makeawaymedia #kaylapecchioni #deedeecummings #diversebooks