This fall, Serena Williams competed in her last major tournament in a 27-year career. And it’s not just any 27-year career. It is a career that has seen her win 23 Grand Slam titles in singles. Her athleticism and style blew the doors open in the tennis world and paved the way for young Black players who have come behind her, including Coco Gauff and Frances Tiafoe. And some might suggest that Serena’s path was paved in part by players like Althea Gibson, the first Black player to win at Wimbledon.

So what does tennis have to do with Christmas, you ask? Why would Serena Williams and Black Santas be in the same sentence? 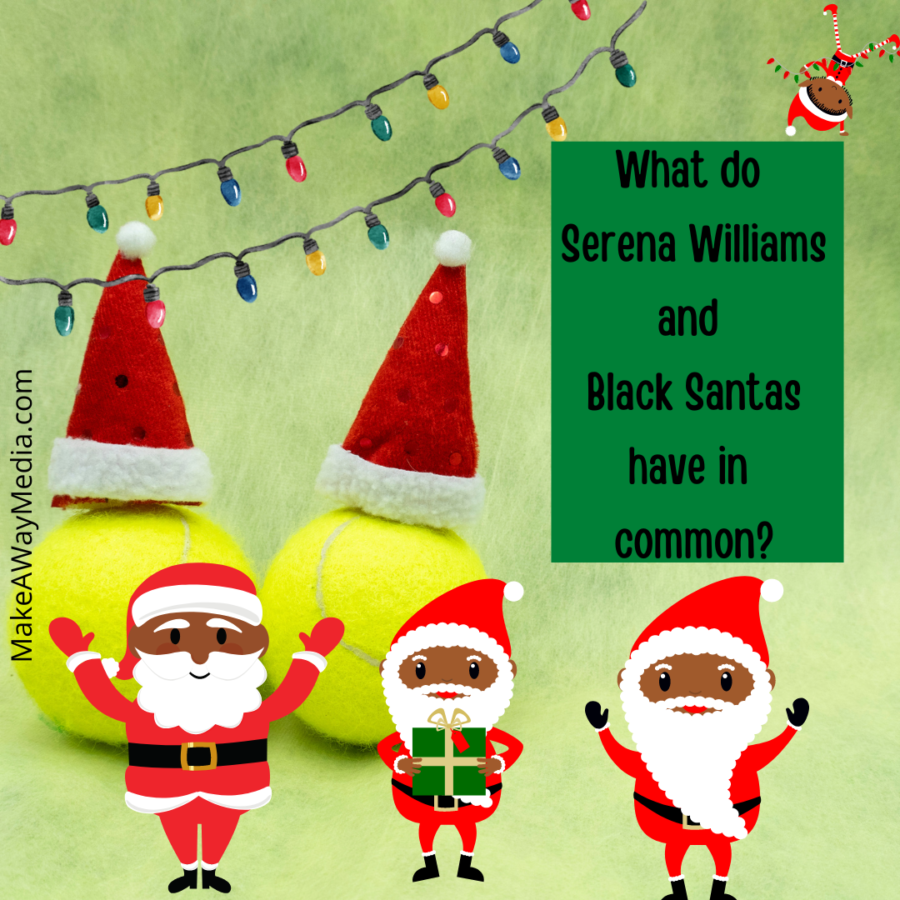 For young athletes, there is a tremendous amount of pride in seeing people who look like you do well in a sport. It instills a belief that young Black tennis players can and do make it a world that has largely been White and rich. Serena Williams and her sister came from Compton, California, a place that was largely unseen and unheard of among the tennis elite. So, not only have young Black tennis players seen people who looked like them, but they may have also seen girls who came from similar neighborhoods and economic situations. Serena Williams has normalized that Black kids, and kids from different backgrounds, can play tennis and do well in the sport.

A similar phenomena happens when children see Black Santas in books for both Black children and those of other races and ethnicities. Black children see a figure who looks like them deliver all the goodness that comes with the Christmas magic of sliding down the chimney with gifts for children on the nice list. White children see that Santa doesn’t have to be white. Children of other ethnicities see the possibility of Santa being Asian or Latino or whatever they want their Santa to be.

Santa has always been a figure of promise for children, a person who is kind and giving and who encourages them to avoid naughty behaviors. Santa has been a character of follow-through who comes each and every Christmas like clockwork to make children’s holiday wishes come true. And it is immensely powerful for children to see this figure of promise look like them; they, too, can be a source of giving and kindness. They too can be the leader or the hero in a story or in real life, just like Serena!

For young Black tennis players, Serena Williams is that figure of promise, a promise of what an athlete can be and do and achieve when you work hard– and when you believe.