During one of my young author workshops at a local school, I met a young Syrian boy. He was sweet, curious, pensive, and had the most beautiful brown eyes I’ve ever seen. He drew this image and gave it to me saying he hoped it would “bright my day.” And it did.

He spoke limited English. I wondered how hard it must be to sit in an elementary classroom full of chatter and not understand every single word, idea or intonation from teachers and simultaneously speaking 8 year olds.

He was so curious about me, it made me curious about him. He told me his name was Hamal*, that he was born in Syria, and that his family recently moved to America. He said “America” differently from any other word. The pronunciation of that word was longer, more annunciated, and it made me pause for a moment to be grateful that this is the country where I live.

I asked Hamal what language he spoke first, and he told me he first spoke Arabic. I don’t know how often or if anyone else ever asked him this, but I asked him to teach me some Arabic words. He perked up and sat at attention, as if this was an honor. He was obviously very proud. I learned marhabaan (hello), madrasa (school), and ahlam (dreams).

Without me asking, he told me his name, Hamal, means lamb. I couldn’t help but just stare at him and think about the messages he must hear, here, in America. He was working on his book, but I continued to sit there for a moment, watching him in his own world. I prayed that he would know, feel, and believe he is welcome here. I thought about how hard it must be to pack up everything you can carry and leave the rest behind to travel more that 5,000 miles to start a new life. I prayed that he would still pronounce America the same way a few years from now.

But mostly, I prayed that we would all learn not to be afraid of marhabaan (hello), madrasa (school), ahlam (dreams), and most of all Hamal (lamb), simply because they are pronounced differently from the words we learned to speak first. 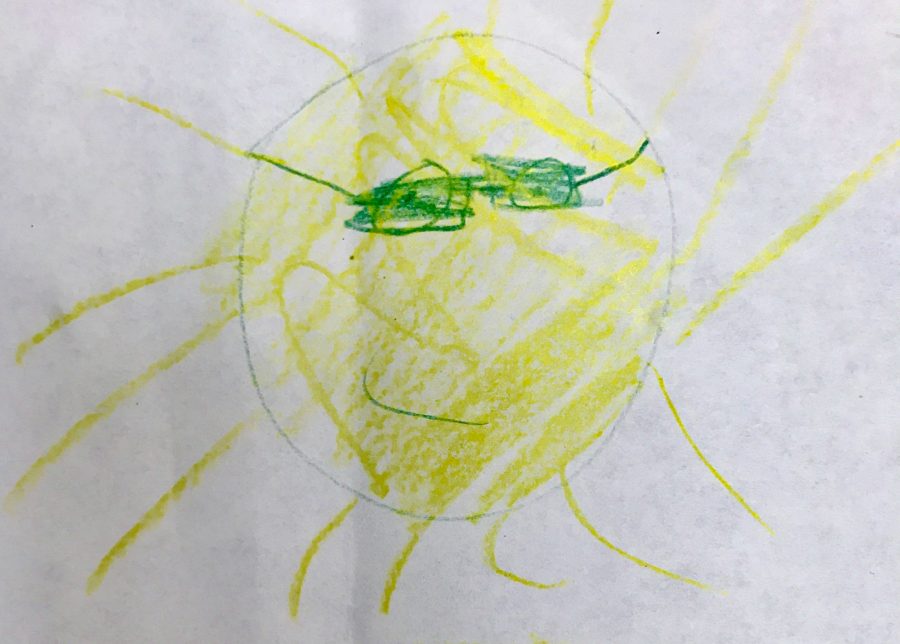