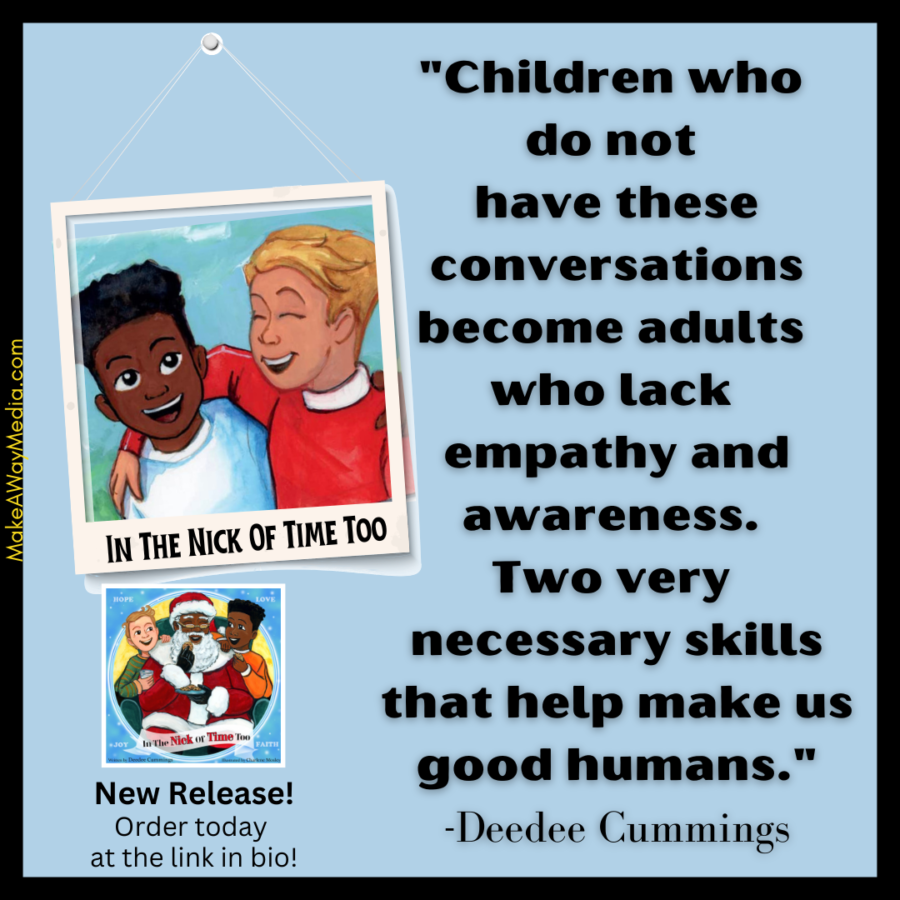 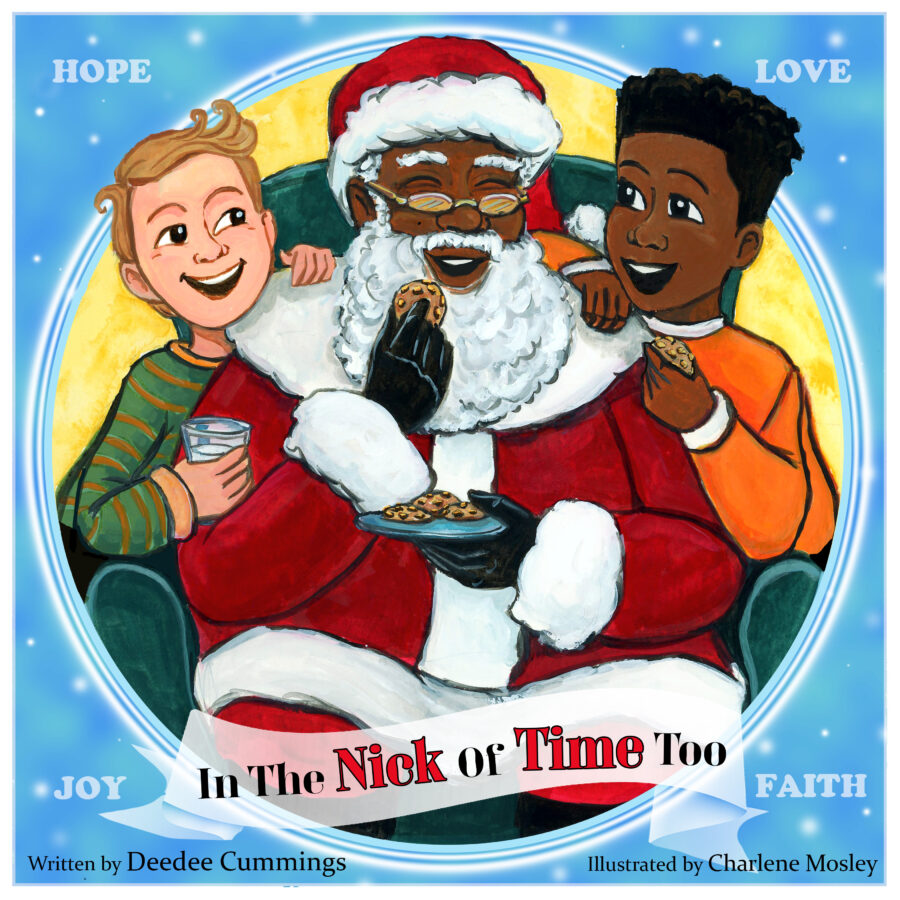 When we pick up a book about Christmas, we expect to see something about the holiday—a Christmas tree, yummy cookies, gifts stacked under the tree. But often what makes a Christmas book stick in our memories is the unique story woven in with the traditional Christmas elements.

Deedee Cummings’ latest book, In the Nick of Time Too, brings readers back to the special friendship between Nick and Cooper which developed in the original book, In the Nick of Time. While Nick did his friend a kindness in the first book that helped Cooper’s family, their friendship is well-established in this new story. So well established that they can have a conversation about a topic Cooper has never been introduced to: Black Santas.

Their conversation is funny and like many conversations between young and middle-grade boys–honest and a little snarky. Readers can almost hear the unspoken, “Dude,” in Nick’s voice when he’s asking Cooper if he believes in a whole laundry list of Christmas things, such as sleighs and dropping gifts all over the world for good boys and girls, and so why would believing in a Black Santa be any different?

The conversation also has Cooper stating something that is often a blind spot for White individuals: they don’t recognize that whiteness is the default. Depending on their age and generation, it is entirely possible it has never even occurred to White folks that the traditional Santa in stores and movies and on holiday cards has been White. That’s always been the way it is, so it is assumed to be the “norm,” even if it isn’t the norm to Black, Latino, Asian, or any other non-White family. The same way the majority population tends to think that mermaids and hobbits are also… well, White.

Cooper says to his friend, “Look, man. I’ve just never thought about it.”

It is a simple and honest sentence from one friend to another that doesn’t begin an argument (as it might on social media or among people who aren’t invested in each other). It leads to a conversation about friendship with Santa, a Santa who looks like Nick. A Santa that Cooper understands is important to his friend and nothing at all to feel threatened by. Santa gently educates both boys that Santa does not care about the color of children’s skin. He only cares about whether they are on the nice list or the naughty list. Santa looks like love and love comes in all shapes, sizes, and colors. Happy Holidays!