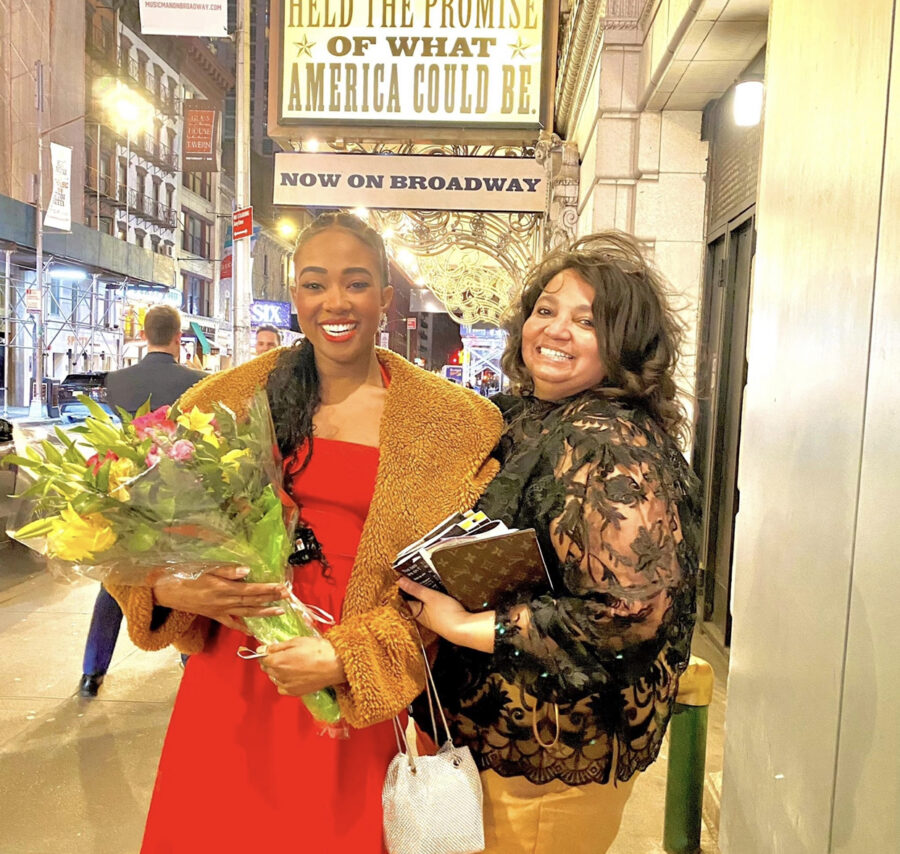 Author Deedee Cummings’ inspiration for her Modern-Day K series of books came from watching her own daughter, Kayla Pecchioni, have a dream and succeed at making it come true. As a young girl, Kayla loved to dance and sing- everywhere- all the time. “I look back on a period of life when Kayla was about 8 years old and I actually feel bad for telling her to stop singing, but it was non-stop. She still does it to this day- she sings everywhere,” Deedee recently reflected. This love of dance and singing grew into a love for musical theatre for both mom and daughter, and led Kayla to the Louisville Youth Performing Arts School, then on to Northern Kentucky University for a Bachelor of Fine Arts in Musical Theatre. (Check out this special update from NKU here!)

Of course, it’s not just Modern-Day K’s story that delights. The illustrations do too! Charlene Mosley has worked with Deedee on eight books and says, “When I read through a manuscript, it has to click with me and be something that I want to do. Deedee’s work is amazing writing. I love the therapy aspect too that she adds, especially all of the coping mechanisms.” 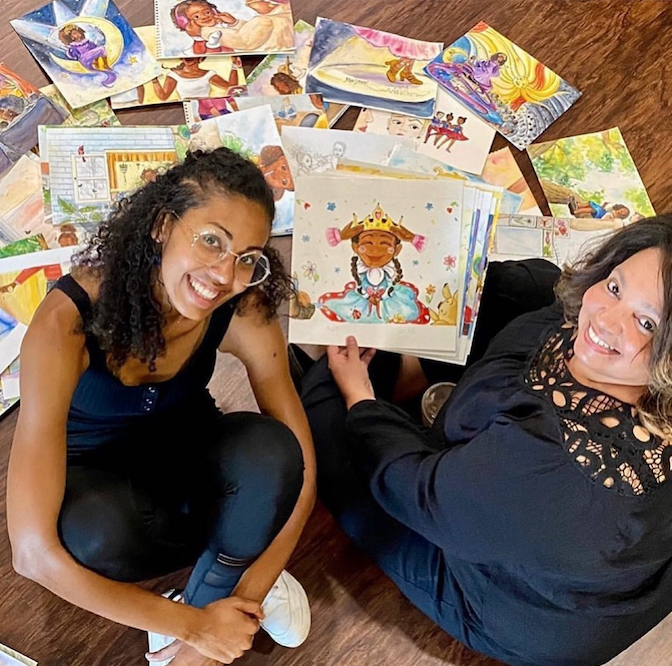 Communication is also a critical part of the collaboration, especially when Deedee and Charlene’s working relationship first began. (They didn’t actually meet in person until three years after their relationship began on Twitter.) Because they’ve been working together so long now, they are pretty in sync; a sense of trust has developed over time between them.

Deedee, like a lot of writers, has an idea of what she might like her characters or a specific scene to look and if so, she shares that vision with Charlene. “You don’t want an illustrator to complete a whole character workup and get into a lot of detail, and then you say, ‘I’m not feeling that,'” Deedee says. Charlene will often send drafts to Deedee to get her feedback so that they understand each other’s thoughts and creative visions. It is a real balance to create a book the author envisions without stifling the creativity of the illustrator.

“If you don’t allow an illustrator to be creative and develop some of their own ideas and input on your story, you are cutting off a great opportunity for real magic to happen when those two visions meet.”

Recently Deedee and Charlene completed a holiday book, In the Nick of Time Too, and the entire ending changed because of an idea Charlene had. “I think it made the book a thousand times better,” Deedee adds. The two creatives also collaborated in person at the recent Louisville Book Festival, which was held in Louisville, KY October 28-29, 2022. During a festival session, they discussed Kayla: A Modern-Day Princess- the 5-part picture book series released in 2021 which has been on several hot new release categories under performing arts, women and girls, and multicultural categories on Amazon. They also discussed their current collaboration, an early reader/ middle grade exploration to expand on that same story. The idea is for readers to grow up with Kayla the character, and to be inspired by the real life Kayla. “Kayla blows me away. There were so many road blocks and she just kept knocking them down. I am most proud that Kayla remained kind and humble, even though she is a star.” 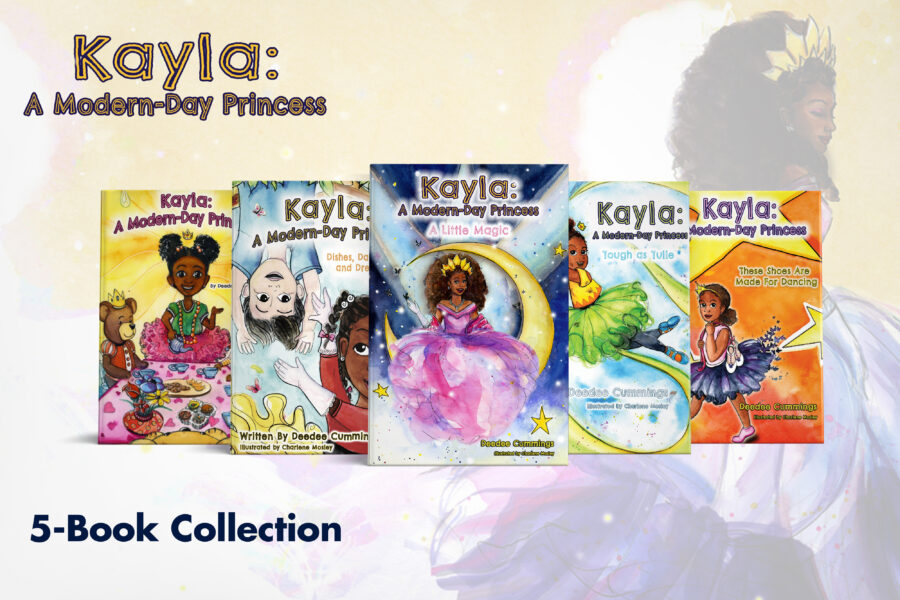 “We know that kids of all ages, genders, and backgrounds will love this story in all its forms. Elementary school kids will love the Princess Kayla picture books, Middle schoolers will love the Modern-Day K installment, and everyone will love the Broadway show- that is our ultimate goal.”

Deedee is not naïve about this goal. She says, “It is by far the biggest and the scariest dream I have ever had. But what’s that line they say? If your dreams don’t scare you, the they aren’t big enough.” It will take ten years or more and a great deal of funding to bring phase three of the dream to life: A Broadway show, most likely named Modern-Day K, but it will all be worth it. We need more stories about Black and brown people and Black joy, not less. This will be a story that will inspire an entire generation, or more, if we are all lucky. Follow along for more updates on this story and ongoing information about the magic that Deedee and Charlene continue to create together. “We need all good vibes,” Deedee said as she went back to her desk to continue to work on this beautiful and inspiring story.

Don’t miss all the great reviews that will be posted this month about the Kayla series for Multicultural Children’s Book Day. You can read more about this event in last week’s blog here.